Recently, fire services across the UK have noted a rise in the number of firefighters injured or killed in action. Overall, 121 firefighters have died while on duty between 1978 and 2006, but fatalities between 2003 and 2007 rose 62 per cent compared with the previous five-year period (1998 to 2002), from 13 to 21.1 This increase is partly attributed to the lack of each firefighter’s familiarity with the hazards of domestic fires, as a result of:

Ensuring firefighters are ready for the dangers of real-fire scenarios is literally a matter of life and death: research undertaken in the U.S. has shown that insufficient preparation for fire incidents is one of the main causes of firefighter fatalities. 2

Following fire service  legislation and recommendations from the UK Government Health and Safety Executive, the UK’s 57 fire and rescue services have increased their levels of live fire training in an effort to reduce firefighter injuries and fatalities. The extra training enables firefighters to better prepare for the conditions they are likely to face in real­ fire situations.

The hot gases produced by the combustion of household goods and building materials means firefighters need to wear protective clothing – known as Personal Protective Equipment, or PPE – and breathing apparatus (BA) to ensure they are safe and able to extinguish the fire. PPE items worn by firefighters include flash hoods, helmet, tunic, leggings, gloves and boots, and when combined with compressed air breathing apparatus, the equipment shields firefighters from high-temperatures and open flames, allowing them to breathe in low-oxygen and toxic environments. The PPE and BA training courses require each firefighter to undergo two weeks of training in real-fire scenarios, followed by a one-day refresher course every 12 months. Each course  is overseen by a BA instructor, and the scenarios often involve fighting fires and rescuing casualties in a fire simulation building.

The simulations commonly use gas fires, smoke machines and real carbonaceous fires with temperatures reaching up to 500°C, recreating conditions found in domestic fires. The increase in real fire training means BA instructors are more frequently exposed to hot, humid and physiologically stressful conditions found in the practice scenarios. While the course may only last two weeks for trainees, for the BA instructors it is a fulltime job . Consequently, BA instructors regularly experience symptoms of dehydration and heat stress and report reduced energy levels.

Cambridgeshire Fire and Rescue Service (CFRS) is responsible for delivering fire and rescue services to the 700,000 residents of Cambridgeshire and Peterborough, and responds to around 4,000 fires annually.

In 2009, following the combined increase in national firefighter fatalities and the publication of national fire service guidance documents for  re-assessment of BA wearers, CFRS began a re­ assessment of its training programmes. The appraisal uncovered potential issues with the health and well-being  of the small team of BA Instructors and Fire Behaviour Training Instructors (BAls & FBTls) as a result of the increased exposure to the real fire training scenarios.

Dan Martin, Watch Manager at the CFRS Training Team: “Breathing apparatus and Fire Behaviour Training Instructors are exposed to regular sessions in heat and humidity for as much as an hour. As such we saw many were suffering from the effects of heat.”

The ill-effects experienced include heat stress, increased heart rate, dizziness and headaches, but the overall impact on each instructor ‘s health, fitness and wellbeing was not measured or analysed . The ability to monitor the instructors’ health  parameters  and identify appropriate interventions wouldn’t just benefit the individuals, it would also have financial advantages for the service; enabling the organisation to operate with optimal team numbers and avoid the costs of training additional team members.

“We chose the EO01 because of its versatility, ease of use and its ability to measure and record an individual’s multi-parameter physiological data,” says Dan Martin. “It provides accurate measurements and can withstand the intense heat and humidity found in our training scenarios.”

The EO01 LifeMonitors are  worn  by every instructor on every training session, measuring core temperature, skin temperature and heart rate. The data captured from each instructor’s EO01 is stored in the on-board memory card and then viewed immediately following every training session. The data is uploaded to a secure personal file, which can be accessed only by the individual instructor, their line manager or an occupational health officer.

Dan Martin: “For us, the benefits have been immediate. We now have a better understanding of the physiological effects of exposure to  fires for extended periods of time whilst wearing PPE and using BA equipment, and the data  has caused  us to change working patterns and exposure times to benefit our personnel’s health.”

CFRS were able to tailor the Equivital™ system to work with third party  software to analyse individual parameters and help determine trends in the data. The data collected by the Equivital™ EO01 Life Monitor’s has been used to determine and prescribe minimum rest periods for instructors between courses,  evaluate the effects of hydration and body cooling immediately before and  after  exposure to fire training, and investigate how diet and fitness levels influence physiological responses.

Consequently, CFRS ‘s training courses have been modified to take greater account of each instructor’s exposure, while remaining realistic and provide the most benefit to trainees. For example, CFRS  has  introduced  ‘cooling  chairs’ to aid the recovery rate and cooling of the instructors’ core temperature, which helps reduce the potential for heart attack and other heat-related illnesses.

The long-term benefits for CFRS

The CFRS team of instructors has taken a great personal interest in the data the EO01 records and has made individuals more aware of the importance of maintaining a healthy weight, remaining well hydrated and improving their overall personal fitness levels.

Using the Equivital™ LifeMonitors has helped CFRS to focus on the acute physiological effects of heat exposure on BA instructors, allowing  the team to spot symptoms earlier and take appropriate action. Dan Martin: “Without this information, instructors would not be taking the rest periods they need to cool and recover. It has provided evidence indicating the early development of health problems and has stimulated interest into the physiological effects of using BA.”

In the long term, Dan Martin and the CFRS plan to increase the use of Equivital™ LifeMonitors to include trainees as well as instructors, and improve the way the data is analysed and interpreted.

Future applications for the Equivital™ LifeMonitors could provide additional benefits to individual firefighters  and fire services. Every firefighter operating at an incident could be fitted with an Equivital™ LifeMonitor device, enabling each firefighter’s vital signs to be monitored for the first signs of serious physiological problems . This would help medical teams, Incident Commanders and Entry Control Officers to mobilise BA Emergency Teams to the exact location where BA teams are in distress, or gain advance knowledge of an injury to allow the most appropriate treatment to be administered by the on-site medical teams.

Prior to entering a risk area, each firefighter’s oxygen consumption rate is calculated using a pre-determined calculation based on a consumption rate of 40 litres per minute (LPM). Using Equivital™ LifeMonitors to accurately measure respiratory rate, heart rate, body motion and temperature  would  allow Entry Control Officers to use real-time  data and more accurately predict when a firefighter will run out of air. In the USA, US Fire Administration figures from 2010 and 2011 show that more than half of firefighter fatalities occur due to stress and overexertion, making proper BA training and physiological monitoring potentially a life-saving development.4

CFRS will soon be upgrading to the new Equivital™ EO02  LifeMonitors,  which will allow even more parameters to be monitored, add greater connectivity and introduce a dedicated software platform for fully integrated data analysis. Dan Martin: “Firefighting will always have an element of risk, but we are continually looking for ways to make it safer. Equivital™ LifeMonitors have allowed us to improve the wellbeing of our BA instructors and ultimately improve quality of service – for the future I believe Equivital™ will help to improve the level of safety to all members of the service.” 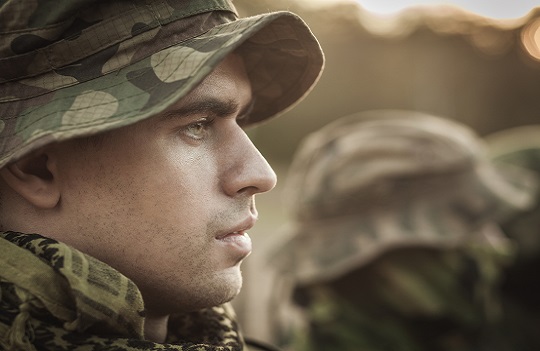 A new generation of protection in hazardous environments 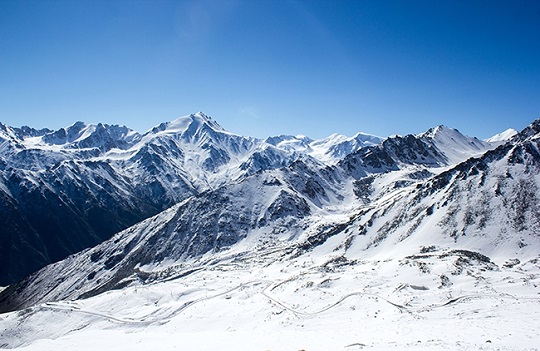 Physiological monitoring during multi-day Norwegian ski patrols in the Arctic